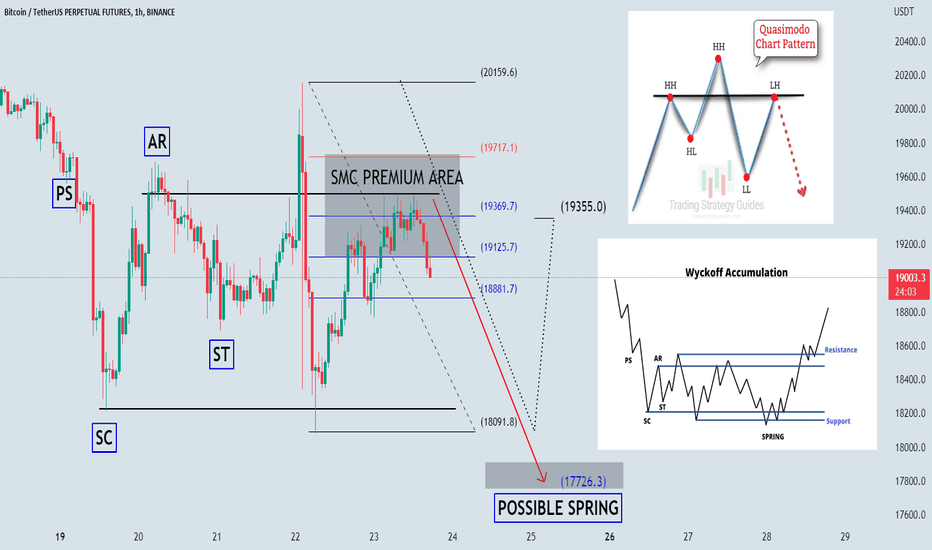 Wyckoff Accumulation
A new cycle begins with an accumulation phase that generates a trading range. The pattern often yields a failure point or spring that marks a selling climax, ahead of a strong trend that eventually exits the opposite side of the range. The last decline matches algo-driven stop hunting often observed near downtrend lows, where price undercuts key support and triggers a sell-off. This is followed by a recovery wave that lifts the price back above support.

Quasimodo
Quasimodo is a reversal trading pattern that appears at the end of an uptrend. As a price formation, the Quasimodo pattern is depicted by three peaks and two valleys, where: First, the middle peak is the highest, while the outside two peaks are of the same height