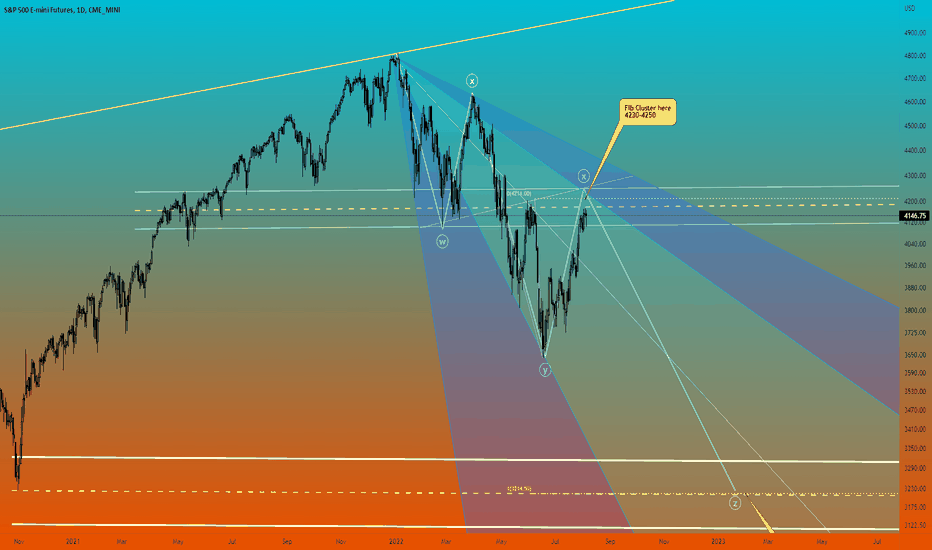 WYZ pattern unfolding? The decline off the highs in December consists of a complex series of 3 wave moves. I’m expecting another series of three waves to a final low for this bear run.

Where will this take us? God only knows although this presupposed decline will likely be larger than the first two. For now I’m labeling the target zone at the 1:1 Fib ratio of wave Y.

Time for this decline accuracy is not taken into account by the line drawn to the buy zone. I hope I’m wrong about this but with the world as worked up as it is would it surprise you?

A move beyond 4260 will negate this trade for me.