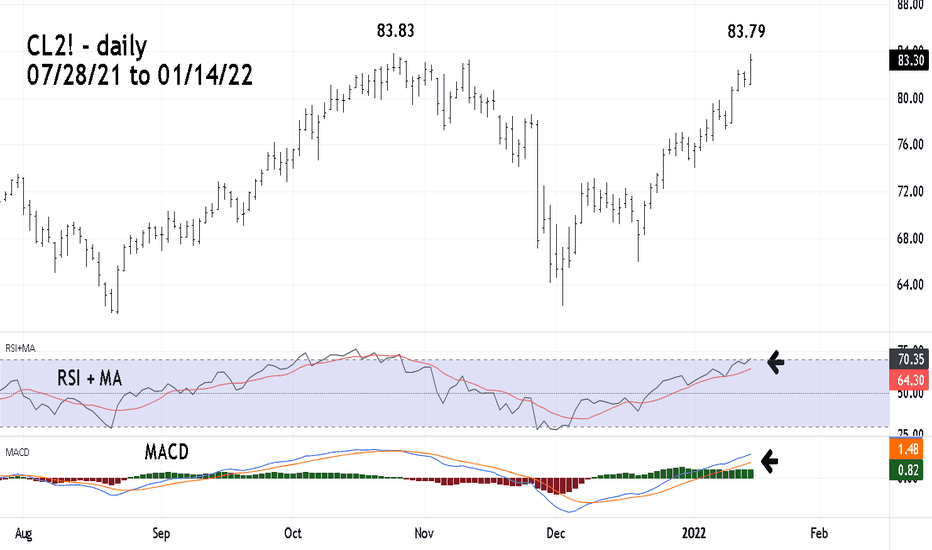 My 10/27/21 post “Crude Oil Could Reach $100″ noted Crude Oil as measured by the countinuos contract – next month in front ( CL2! ) had overhead resistance in the $87 to $97 area. The daily high in late October was $83.83. Subsuquently Crude Oil went into a seasonal decline bottoming in November. Crude Oil is now in a seasonally bullish time until early March.

Today 1/14/22 CL2! reached 83.79 and could be in a rally to the upper 90 area. Daily RSI has just reached the edge of the overbought zone and has no bearish divergence. MACD lines are still rising.