The beginning has already started 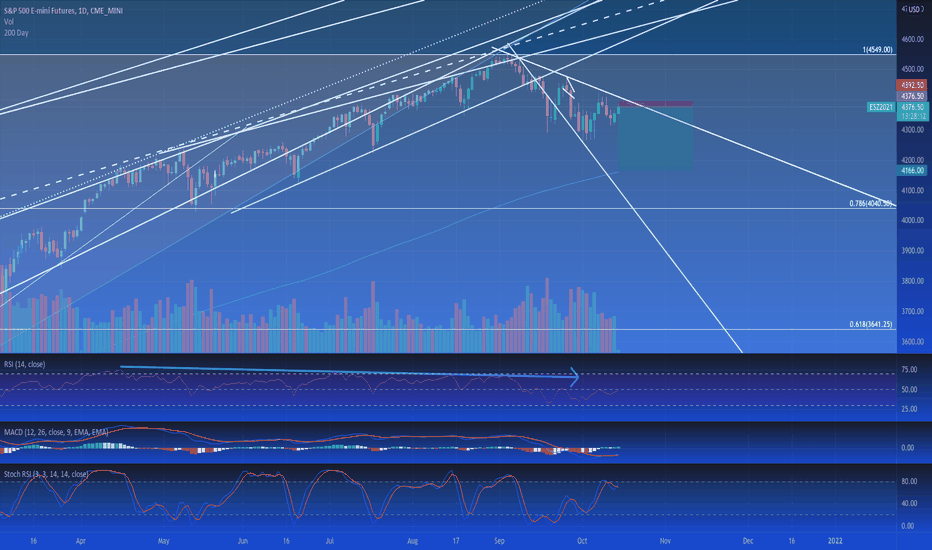 This isn’t financial advice because i’m not a licensed financial advisor.
I think we can all feel the fishiness thats been in the air like a sewage spill into the ocean.
I’m confident that we’ve seen the top of 4945.50 and for now theres no turning back.
Nothing is transitory in the world that we have the pleasure of inhabiting in the era that we are at.
US CPI is still charging forward, shortages still a thing, so many people quit their jobs in the month of August and there is no reporting on it because everyone is focused on what been gained.. which is far below estimates.
World wide economy is in shambles, China is making it seem like they have everything contained, The US is making it seem like everything is contained when in actuality nothing is contained and it’s all spewing out.
Take this post with a bearish take if you will because I think things through with logic and I don’t know how anyone can look at conditions as they are (world wide) with logic and think that things will get better.
Maybe we rally into ATH and I’m completely wrong. In a world of “investing” theres no one thats 100% right every time. In reality to be a good “investor” it’s knowing how to cut your losses and being right at least 50% of the time and letting your gainers run for the hills.
The gamma skew in the call VS puts is exactly where it needs to be to see a major downside, when everything is going up and theres nothing to support that but an endless piggybank, sooner or later the pretending ends and theres a mass of disappointment.
Monthly RSI just popped back above 75, weekly RSI is ~55 range so there is massive potential for further downside, the question in my mind is what will be the “narrative” to get the pyramid to crumble.
Remember, the hedgehog knows one big thing and the fox knows many different things.
Are you a fox or a hedgehog?
That’s all folks