The New Zealand dollar has posted strong gains on Tuesday. In the North American session, NZD/USD is trading at 0.7133, down 88% on the day.

We continue to see significant volatility from the New Zealand dollar. The currency ended the week with sharp losses of 1.18%, as strong US data lifted the US dollar. NZD/USD started the week with strong gains, but these have been erased on Tuesday. Earlier in the day, the pair dropped to a low of 0.7115, its lowest level since April 14th.

Investors are keeping an eye on the New Zealand employment report (22:45 GMT), which is released each quarter. Employment Change is expected to rise by 0.3% in Q1, down from 0.6% in the fourth quarter. The unemployment rate is expected to remain unchanged at 4.9%. A gain in Employment Change would be impressive, given that the tourist season was a shambles without any tourists allowed into New Zealand. Unless the consensus is well off the mark, the upcoming employment numbers are unlikely to have much effect on the New Zealand dollar.

The Federal Reserve remains committed to an accommodative policy, and this was reiterated at last week’s FOMC meeting, where Fed Chair Powell stated that it was premature to talk about tapering its QE program. On Monday, Powell noted that the economy was doing better but was “still not out of the woods” and that the recovery was marked by racial and education gaps.

The Fed’s stance is not uniform, and Fed Governor Robert Kaplan, a non-voting member, made headlines on Friday when he said that Fed needed to have a conversation about tapering. As well, the market does not appear convinced that tapering is a long way off, given the strong numbers we are seeing from the US economy. If Friday’s nonfarm payroll print exceeds one million (the forecast stands at 975 thousand), the Fed may come under pressure to consider tapering sooner than it expected. 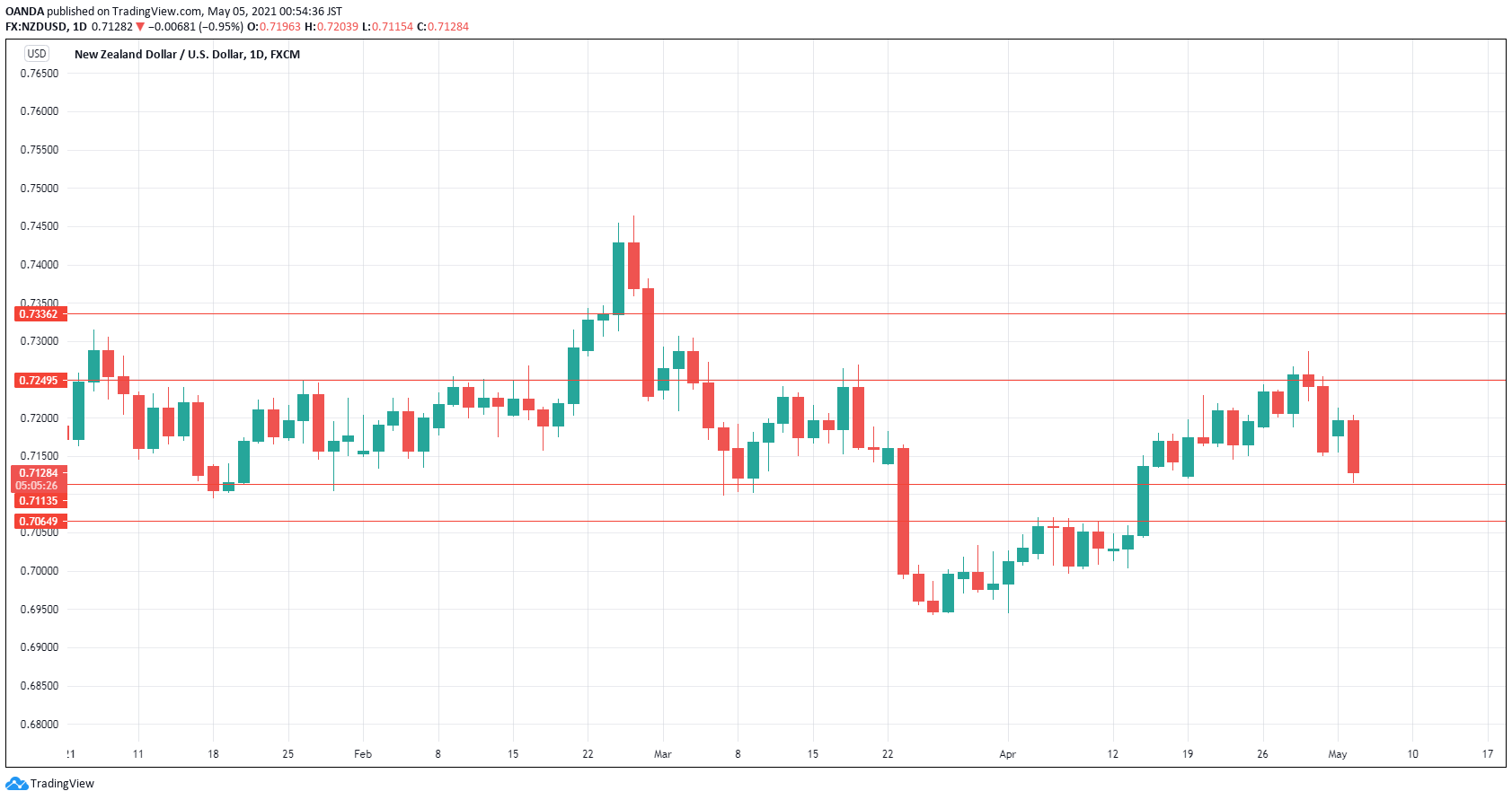