In what looks like a nightmare scenario for American banks, Socialist Sandy may soon be joining Mad Maxine on the influential House Financial Services Committee, Politico reported.

Rep. Gregory Meeks, the lawmaker representing New York on the House panel that doles out committee assignments, said he planned to nominate Queens Democrat and self-described “Democratic Socialist” Alexandria Ocasio-Cortez for a spot on the committee after she requested it. As one of the farthest-left members of the Democratic caucus, Ocasio-Cortez has been outspoken in her criticism of Wall Street and big business (recently leading the backlash to Amazon’s taxpayer-assisted move to Queens and igniting a controversy by proposing a 70% marginal tax rate). She has also refused to drop criticisms of her fellow more-moderate Democrats for their support of Wall Street. 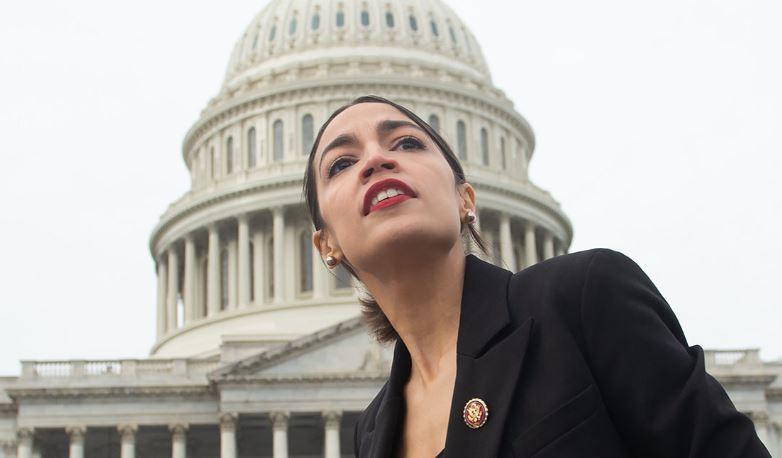 Among the Democrats who could be targeted by Ocasio-Cortez could be Meeks himself, who represents a district in Queens and is a member of the New Democrat Coalition, a group of centrist lawmakers. Meeks has said that he believes that when Wall Street does well, so do his constituents.

There have even been rumors that Ocasio-Cortez could support a challenger to Meeks and another prominent New York Democrat, Brooklyn Rep. Hakeem Jeffries, who was recently awarded a position in the leadership as head of the Democratic Caucus, a position formerly held by Rep. Joe Crowley, whom Ocasio-Cortez defeated in her stunning upset primary campaign.

As Politico pointed out, Ocasio-Cortez’s presence on the committee could be “a new kind of test” for Chairwoman Maxine Waters, who will now need to struggle with a Democrat on her left, while managing the expectations of centrist Democrats and Republicans on the committee. Waters has said she wants to focus on consumer protection and housing.

Unsurprisingly, financial services industry lobbyists expressed some “mixed views” to Politico about AOC joining the committee. Their opinions ranged from anxieties that her presence could make it even more difficult for Democrats and Republicans on the committee to work together to confidence that one low-ranking member likely wouldn’t have much of an impact on the committee’s policy work.

Then again, being a member of the committee could come with some drawbacks for Ocasio-Cortez, as one lawmaker who survived a primary challenge from an Ocasio-Cortez backed challenger pointed out.

Rep. Lacy Clay said Ocasio-Cortez “could get a full appreciation of financial services in this country.”

“Who knows,” he said. “She may deal with some issues over this first term and her supporters may start referring to her as a sellout.”