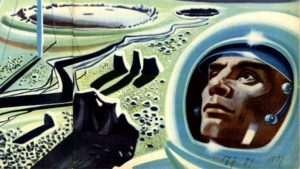 The liberal science community has a moral dilemma on its hands following today’s announcement that the United States is partnering with Russia on a NASA-led project to build an orbiting lunar station.

On one hand, the international base for lunar exploration will serve as a “gateway to deep space and the lunar surface,” according to NASA.

On the other hand, Russia is involved – which means they’ll undoubtedly slit our throats in space, populate the surface of the moon, build a moon cannon (having read a U.S. astronaut’s Heinlein collection), and fire silicon, magnesium, and aluminum-rich moon rocks at the United States. Once we are obliterated, Russia will invade the country and enslave all surviving Americans in moon-rock crushing factories. 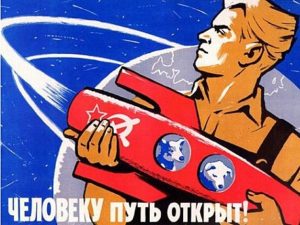 Pretending not to be evil, Igor Komarov – Roscosmos’s general director, stated that Russia, the United States and other participants agreed it was important to work using unified standards to avoid future problems in space, citing Sandra Bullock’s movie “Gravity” in the process.

“Roscosmos and NASA have already agreed on standards for a docking unit of the future station,” the Russian space agency said.

“Taking into account the country’s extensive experience in developing docking units, the station’s future elements — as well as standards for life-support systems — will be created using Russian designs.”

Russia and the United States also discussed using Moscow’s Proton-M and Angara rockets as well as other spacecraft to help create the infrastructure of the lunar spaceport, the Russian statement said, adding that the main works were slated to begin in the mid-2020s.

“The station will be a serious platform for future research,” said Komarov – concealing his seething Red ambition, though boasting “That is a rather significant contribution.”

Igor Lisov, editor at Space News, told AFP of Russia’s potential contribution: “We are offering carriers for flights to a lunar orbiting station, we are offering our docking units or their components,” he said, adding Russia had vast experience in creating life-support systems.

Unfortunately, this will be our doom… 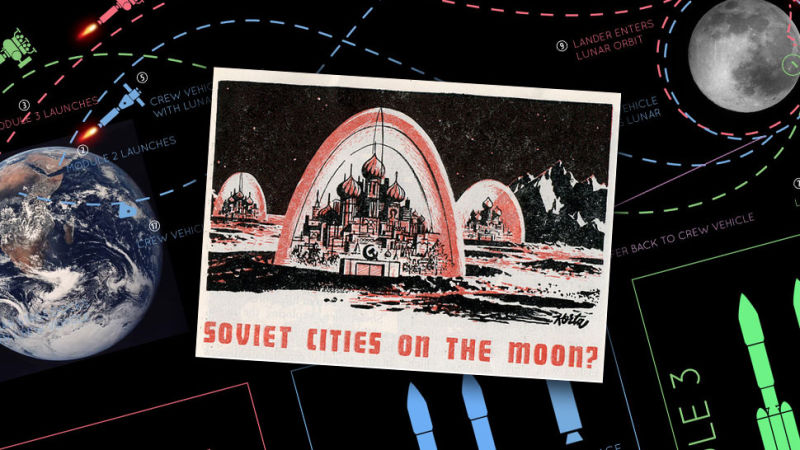