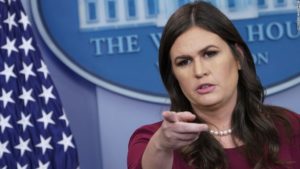 White House Press Secretary Sarah Sanders spit-roasted the MSM during Monday’s briefing – calling them out for recent #FakeNews, and suggesting that they were purposefully misleading the public.

“There’s a very big difference between making honest mistakes and purposefully misleading the American people. Something that happens regularly. You can’t say — I’m not done. You can’t say that it’s an honest mistake when you are purposely putting out information that you know to be false or when you’re taking information that hasn’t been validated, that hasn’t been offered any credibility and that has been continually denied by a number of people including people with direct knowledge of an incident. This is something that — I’m speaking about the number of reports that have taken place over the last couple of weeks. I’m simply stating that there should be a certain level of responsibility in that process.” -Sarah Sanders

Sanders was, of course, talking about three incidents “over the last couple of weeks.”

First, ABC reporter Brian Ross was suspended after he put out a report that Michael Flynn was prepared to tell special counsel Robert Mueller that then-candidate Donald Trump told him to contact the Russians, when in fact Trump told Flynn to do so after he’d won the election – a totally normal thing to do for an incoming administration. As a result, the Dow tanked 350 points before the story was corrected.

Trump called Ross a “fraudster” in response, and tweeted that anyone who lost money “based on the False and Dishonest reporting of Brian Ross” should hire an attorney and sue ABC.

People who lost money when the Stock Market went down 350 points based on the False and Dishonest reporting of Brian Ross of @ABC News (he has been suspended), should consider hiring a lawyer and suing ABC for the damages this bad reporting has caused – many millions of dollars!

The second bit of fabricated news was CNN’s report from last Friday that Donald Trump Jr. received documents from Wikileaks on September 4, 2016 before they had been officially released, when in fact, a random person emailed him a link to publicly available documents on September 14.

CNN originally reported the email was released September 4 — 10 days earlier — based on accounts from two sources who had seen the email. The new details appear to show that the sender was relying on publicly available information. The new information indicates that the communication is less significant than CNN initially reported.

Trump shot back, tweeting “Fake News CNN made a vicious and purposeful mistake yesterday. They were caught red handed, just like lonely Brian Ross at ABC News (who should be immediately fired for his “mistake”),” adding “Watch to see if @CNN fires those responsible, or was it just gross incompetence?” It is worth noting that Ross was not fired but rather suspended for 4 weeks.

Fake News CNN made a vicious and purposeful mistake yesterday. They were caught red handed, just like lonely Brian Ross at ABC News (who should be immediately fired for his “mistake”). Watch to see if @CNN fires those responsible, or was it just gross incompetence?

The THIRD piece of Fake News was when the Washington Post’s David Weigel put out a photo of Trump’s speech last weekend, hours before it started, with the quote “Packed to the rafters.” 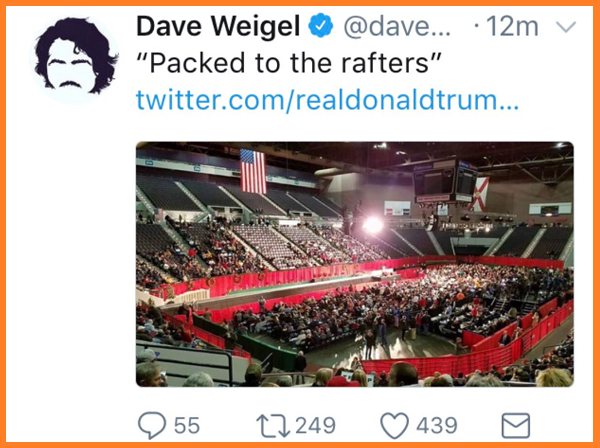 The event was, in fact, packed to the rafters:

.@DaveWeigel @WashingtonPost put out a phony photo of an empty arena hours before I arrived @ the venue, w/ thousands of people outside, on their way in. Real photos now shown as I spoke. Packed house, many people unable to get in. Demand apology & retraction from FAKE NEWS WaPo! pic.twitter.com/XAblFGh1ob

Sure thing: I apologize. I deleted the photo after @dmartosko told me I’d gotten it wrong. Was confused by the image of you walking in the bottom right corner. https://t.co/fQY7GMNSaD 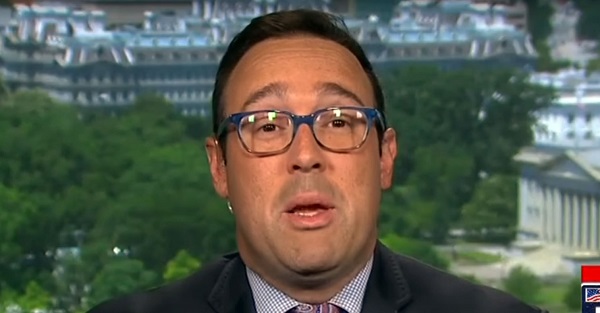 In response to Sanders’ admonishment, CNN Editor-at-large Chris Cillizza lashed out like an angry purse-dog, penning quite the screed over Sanders for going “way, way beyond the pale of the usual give and take between the White House and press corps.”

Nowhere in anything we know about Ross’ erroneous reporting is there even a whiff of intentionality. Where is the evidence that Ross purposely pushed out the Flynn-Trump report — knowing it was wrong — solely to make Trump look bad?

Think of it this way: I am up to bat with the bases loaded and my team down one run in the bottom of the ninth inning of the seventh game of the World Series. I strike out. Game over. My team loses.

If I tried my best to hit the ball but failed, that means one thing.
If someone paid me $50,000 to strike out anytime I was up in an important moment in the game, that’s something else altogether. It’s not even in the same, ahem, ballpark.

“It’s not even in the same, ahem, ballpark.”

This is why the left can’t meme, by the way. That was a terrible analogy and a stupid joke. Moreover, Sarah Sanders is well within her right to suggest that intentional misreporting or a failure to validate a claim has taken place. She doesn’t need proof to hold that opinion.

It’s also hilarious that Cillizza totally failed to include his own network’s massive retraction over the Trump Jr. Wikileaks debacle, when – just like the Brian Ross story – the implications of what the networks were asserting would have had a serious, material impact on world affairs – as evidenced by the Dow’s 350 point kneejerk meltdown before Brian Ross corrected his story.

Cillizza closes by saying “But, to suggest — or believe — that the mistakes made by the media, including CNN, are purposeful is beyond offensive to anyone who spends their days in this profession.”

Right – which is why three CNN employees admitted to Project Veritas that they think the Russia story is “Fake News” pushed for ratings.

I haven’t seen any good enough evidence to show that the President committed a crime.

Boy Chris, it sure seems like CNN employees have the very clear impression that the Russia story is Fake News being pushed intentionally to mislead the public for ratings.