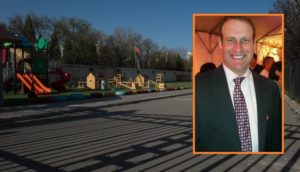 A former Clinton Foundation official who is now an independent director at a firm which operates private schools in China has found himself embroiled in a bizarre child abuse scandal involving needles, pills, “brown syrup,” nudity, and sexual molestation, according to parents.

The head of a Beijing kindergarten has been fired after China launched a nationwide investigation into a chain of private schools operated by RYB Education Inc. ($RYB) following claims of abuse at multiple locations. Parents report at least 8 toddlers with mysterious needle marks, while others said their children were forced to take white pills that were supposed to be “a little secret” between the children and teachers, along with some sort of “brown syrup” given to the students. Children were also allegedly stripped naked and forced to stand, or locked in a dark room, one parent said.

An unidentified mother who made a viral video about the abuse told reporters Thursday that her son was was injected with a brown liquid by a teacher and made to strip along with other students before being “examined” by a naked adult male stranger, describing it as an “action like sexual intercourse.” When the mother pressed the principal to allow her to review closed circuit footage from the school, she was denied.

Medeical examination of eight children confirmed that the injuries were in fact caused by needles, Guanzhuang police report. 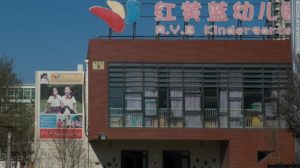 The Beijing kindergarten at the heart of the controversy is located next to a large military base, sparking rumors that military officials had been sexually abusing the children. Notably, the husband of the kindergarten’s director was previously an official at the base, however Fun Junfeng, the base’s political commissioner told PLA daily that there was “no evidence” that military personnel are involved in the abuse.

Li Jing, mother of a three-year-old girl, told AFP her daughter had not been abused but said other children had explained how they were coerced into taking pills.

“I asked my child after I heard what other parents said and my child said that they had taken two white pills after lunch, and slept after eating the pills,” one father told CCTV outside the school on Thursday.

These latest allegations are not the first involving RYB schools. In April, the head of a different RYB kindergarten in Beijing was suspended after admitting that teachers had made “severe mistakes” when videos emerged of children being thrown and kicked in the back. In October, 2016 two teachers from an RYB kindergarten in the northeast Julin province were sentenced to 34 months in prison after jabbing children in the buttocks, head, and insides of their mouths with sewing needles.

Link to the Clinton Foundation 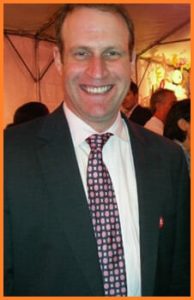 RYB Education operates 80 kindergartens and has another 175 franchised locations across 130 cities in China, according to filings. All of it’s directors are all Chinese, with the exception of former Clinton Foundation executive and associate dean at Yale, Joel Getz, 52, who is listed as an Independent Director.

Mr. Joel A. Getz is Independent Director of the Company. Prior to that, Mr. Getz served as Director of Development for the William J. Clinton Foundation in New York and was President of the Mayor’s Fund to Advance New York City.

The RYB Investor Relations page lists Getz as a member of the Audit Committee and the Compensation Committee.

Bill Bishop of the Sinocism China Newsletter and Axios contributor points out that it’s a bit odd that an Associate Dean at Yale would be on the board of directors of a Chinese kindergarten chain, suggesting that perhaps Getz thought it would be “easy money.”

Why is Joel Getz, an associate dean at Yale, on the board of RYB Education? Must have thought would be easy money, form now at the center of child abuse scandal https://t.co/tmAtuIFzr1 pic.twitter.com/xpVDXRsr5f

Shares of RYB plummeted on Friday after the investigation was announced, falling over 42% in early trade only to recover slightly, ending the day down 38.41%. 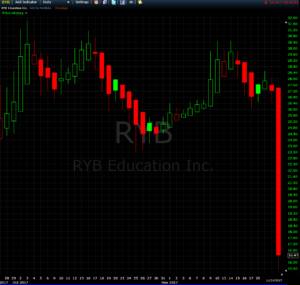 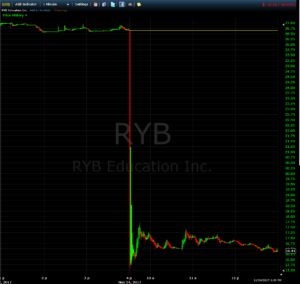