81 year old John McCain (R-AZ) has had a string of unfortuate heath issues this year. In mid-july, the Arizona Senator underwent brain surgery for aggressive cancer – returning to Washington D.C. five days later to cast his vote against the healthcare bill.

Then, at the beginning of November McCain was treated for a tear to his achilles tendon at Walter Reed medical center – emerging on November 6th in a walking boot on his RIGHT leg:

I can’t tell you how much I hate wearing this boot! https://t.co/W6zClDRpFb pic.twitter.com/x3mDC4n11H

Maybe the honorable Senator from AZ is feeling so great two weeks after tearing his tendon that he forgot which side the injury was on?

Looks like @SenJohnMcCain forgot which Achilles tendon tore two weeks after he walked out in a boot on Nov 6th. pic.twitter.com/z5si5J40Bq

To verify that the images weren’t reversed, one can observe the buttons on McCain’s blazer on McCain’s right side in both pictures. 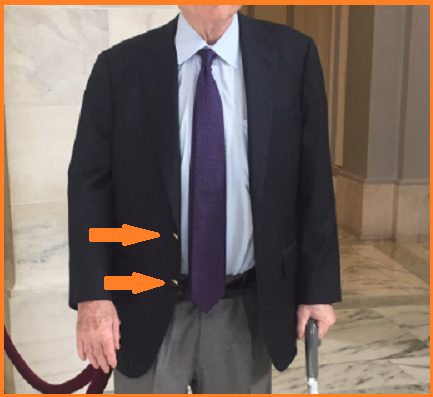