Monthly chart: the tendency remains unchanged. Highs keep increasing, oscillator shows divergence (indicating possible bullish weakness), ADX is passive. Considering all this, we are still expecting the index to reverse to the downside 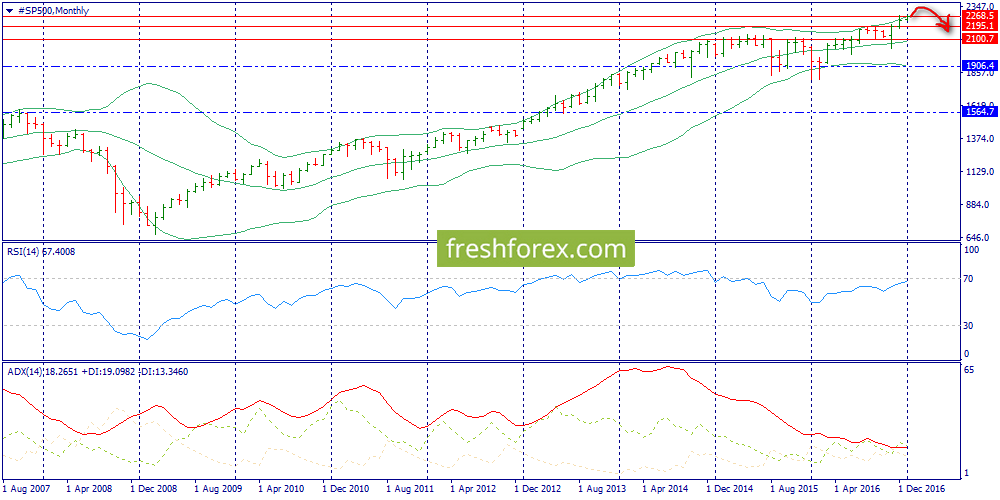 Weekly chart: local resistance level is at upper Bollinger band (2303.5), support level is at middle line (2195.1). It is safe to say that bulls don’t have enough potential – ADX/RSI parameters are not trending. 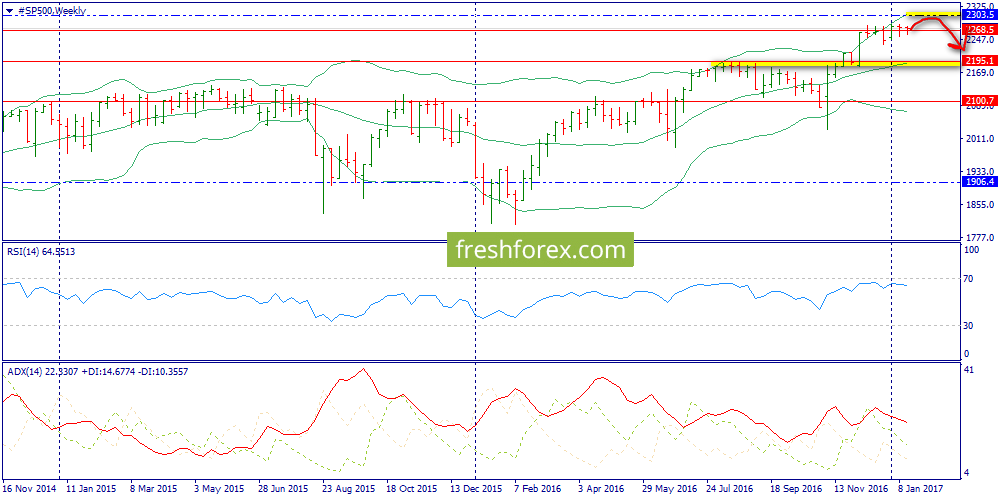 Daily chart: this week most appropriate scenario is flat inside Bollinger bands range (2249.4-2283.2) 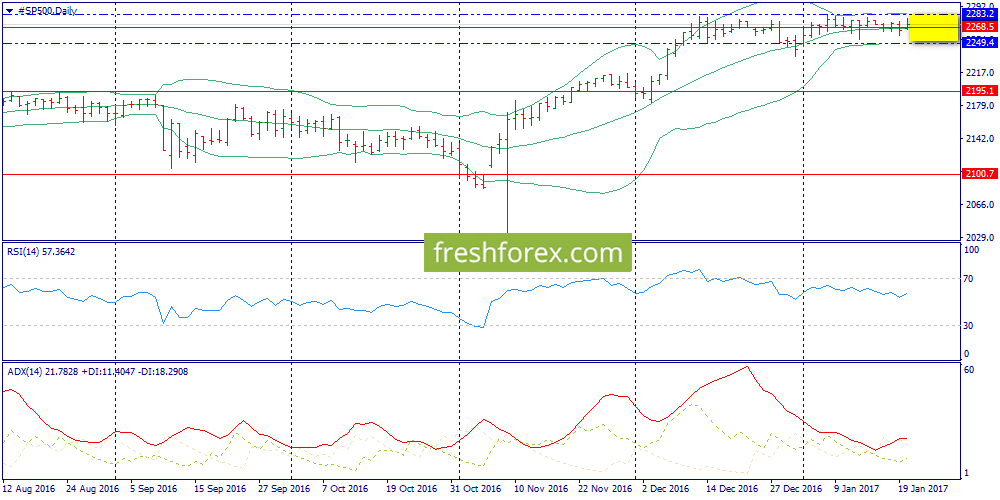 Monthly chart: as you might see, bulls still lack trend potential to finish with upper Bollinger band (66.80). So decline towards middle Bollinger band (51.23) is more likely 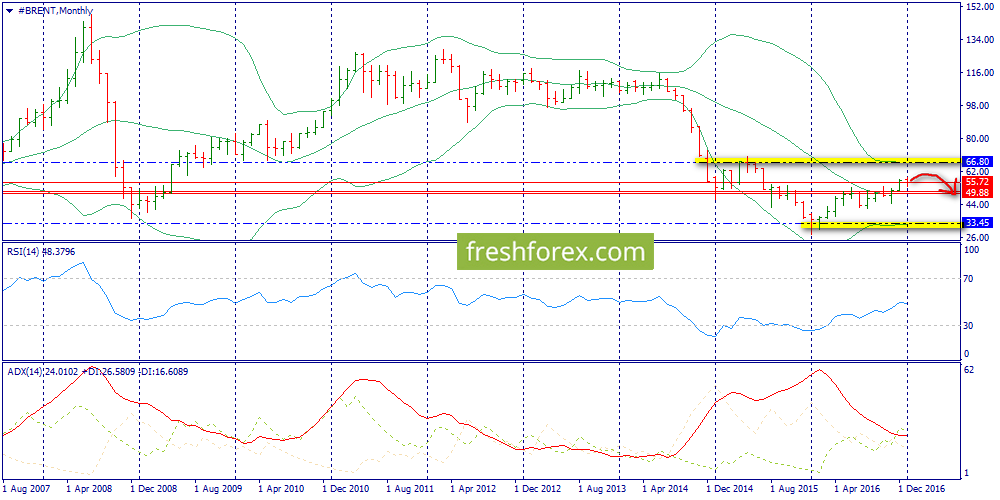 Weekly chart: according to weekly chart oil is trapped inside upper Bollinger envelope range (51.23-59.33). ADX is active and can cause local rapid price shifts. 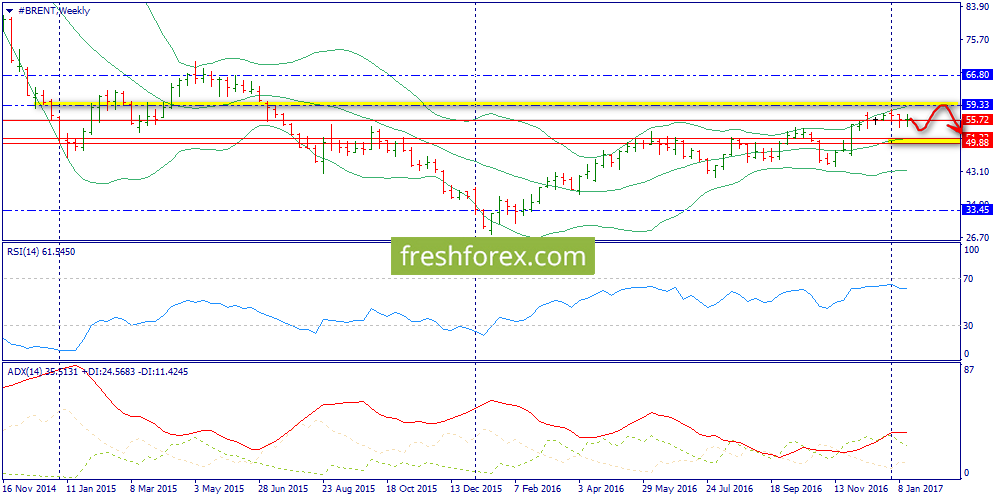 Daily chart: locally Bollinger bands are stable making a corridor of 54.13-57.51. Considering a very weak ADX, it is quite likely that this corridor would retain the whole week. 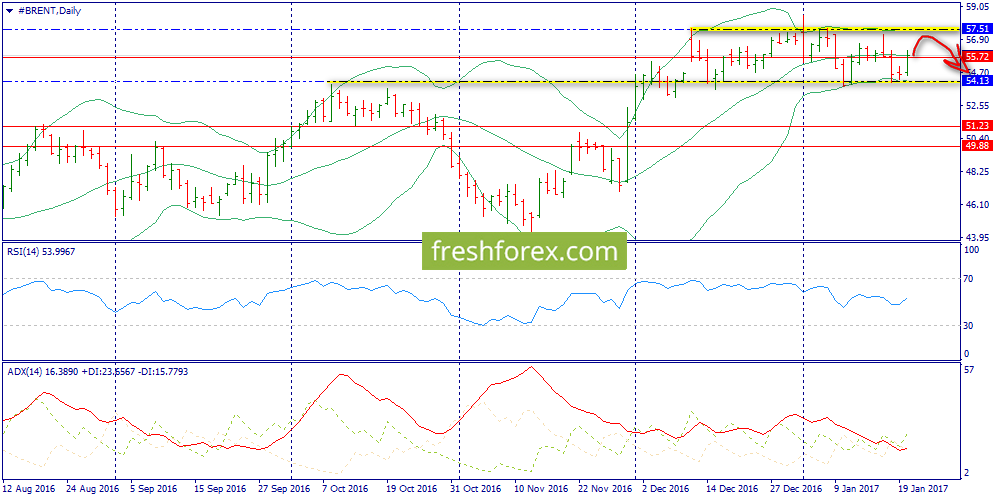 Solutions: consider selling from 57.51 and 59.33 regions (depending on the scenario)

Monthly chart: if bulls have already began working with local Over&Under pattern, they may continue up move towards upper Bollinger band (1364.11) 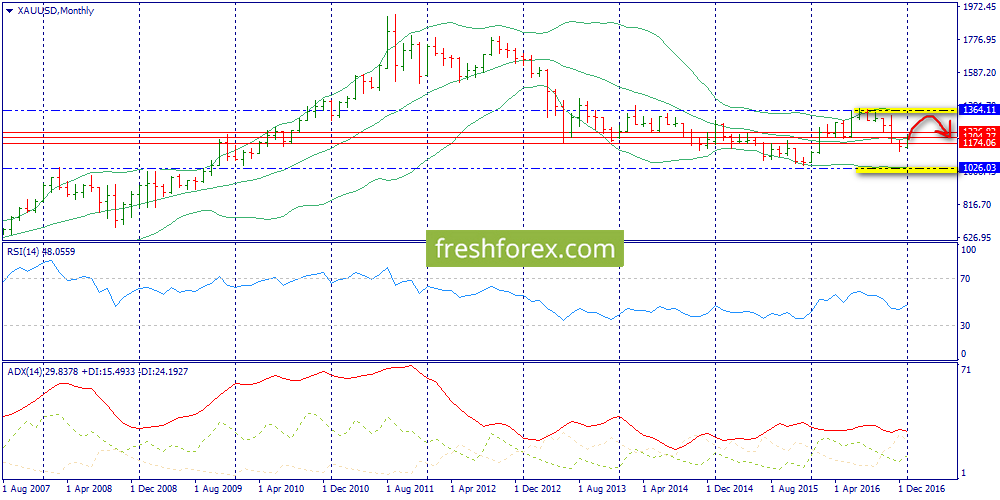 Weekly chart: as we might see here performing of the O&U start wasn’t technically flawless, this can cause another decline towards 1103.50. A strong resistance at 1236.82 (middle Bollinger band) will be a nice signal for such a scenario. 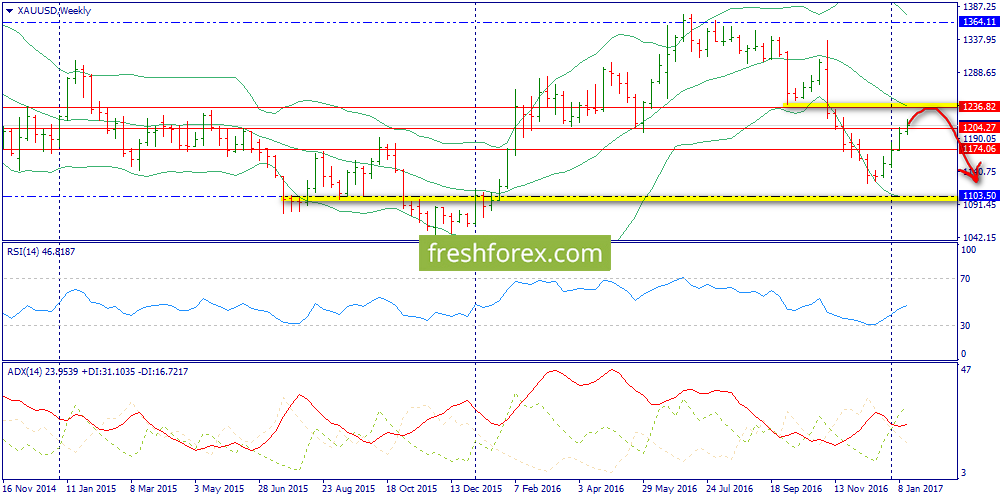 Daily chart: there is valid resistance level in 1236.82 region. ADX moves counter oscillator, that can be a signal of coming downside reversal. 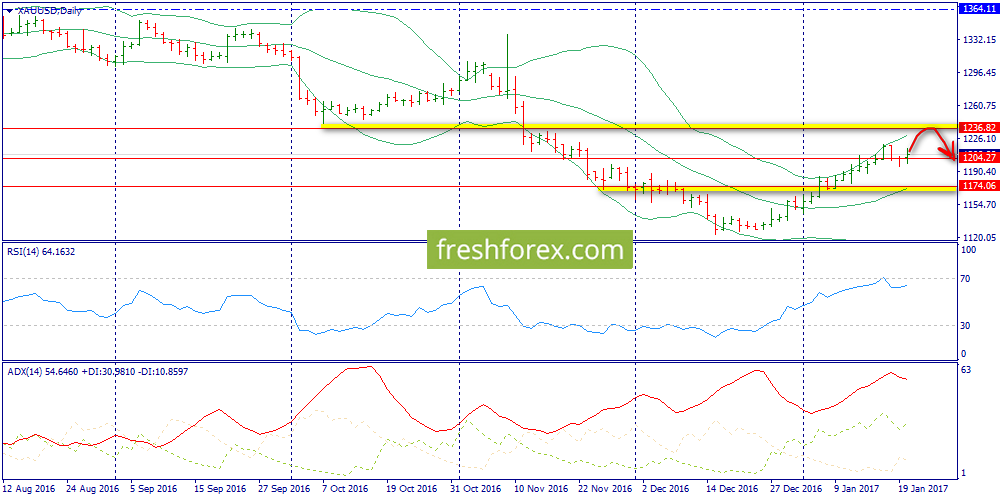